“Guest Judging” with the @NOLAdining folks at Tower of Pizza!

Me and the gang from NOLA.com’s Quest for the Best Pizza.

Tower of Pizza
2104 Veterans Blvd in #themetrys
Yesterday, I had the privilege of being the “guest judge” for NOLA.com’s outing to Tower of Pizza in Metairie. Tower of Pizza was one of the five finalists in their “Quest for the Best Pizza” contest. Da Paper did a write-in poll, where they had readers nominate their favorite pizza place. Judy Walker and Todd Price of Da Paper, along with Liz Williams of Southern Food and Beverage Museum, and Zella Palmer of Dillard University are the judging panel. They’re going to all of the finalists, and inviting a different guest to join them at each place. I’m really glad they asked me to go to Tower of Pizza, because I have a bit of history with the place. 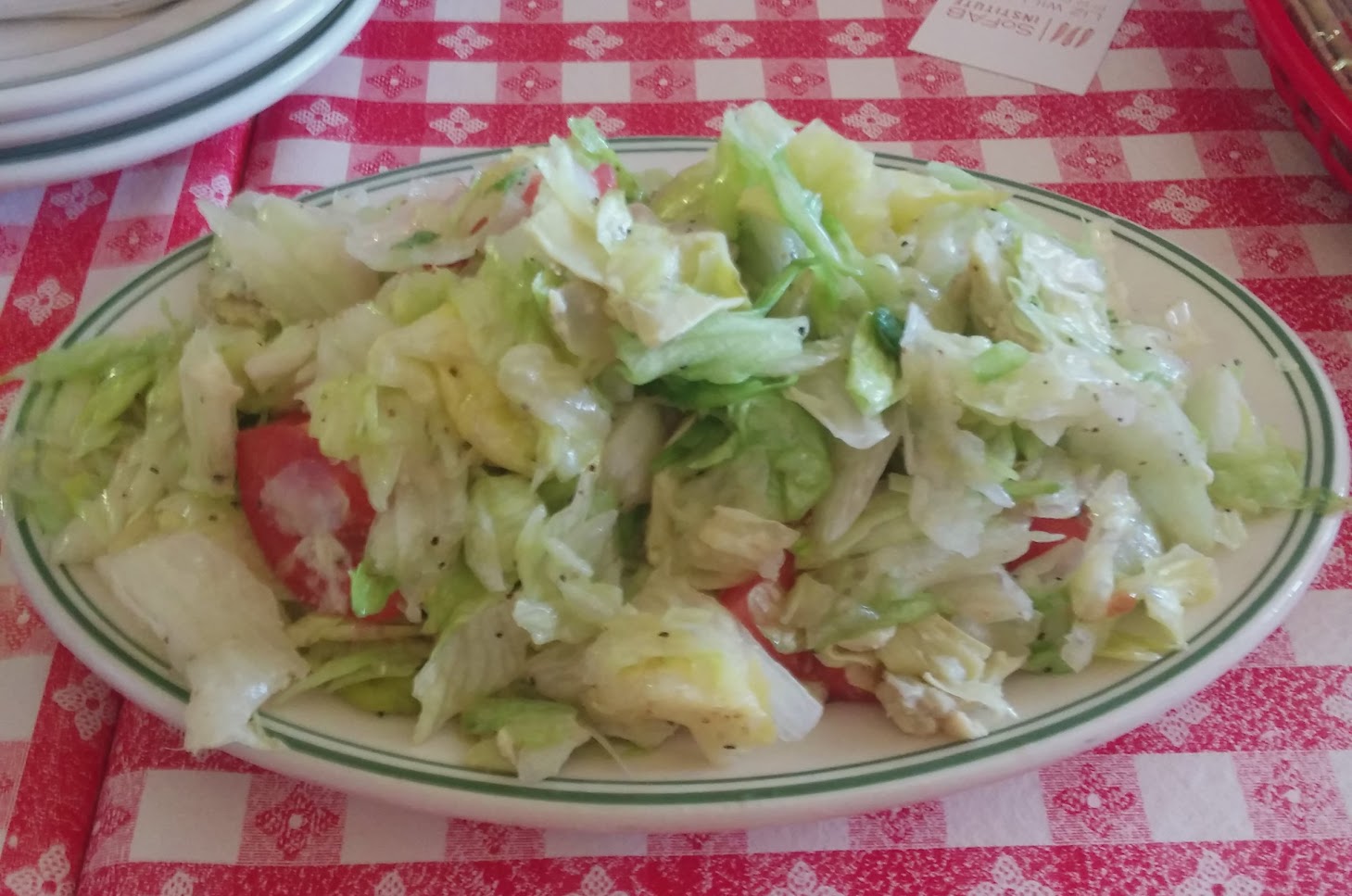 Italian Salad at Tower of Pizza

While we were waiting for the pizzas to come out of the oven, Ashley, the young lady taking care of us, brought a couple of house/Italian salads out. It’s your typical “Wop” salad. Being the amateur historian of the group, I was the one that mentioned the term “wop salad”, which got Todd and I talking about how none of the restaurants who used the term regularly put it on their print menu. Even Rocky and Carlo’s down in the Parish doesn’t put “wop salad” on the printed menu, but it’s up on the board on the wall. 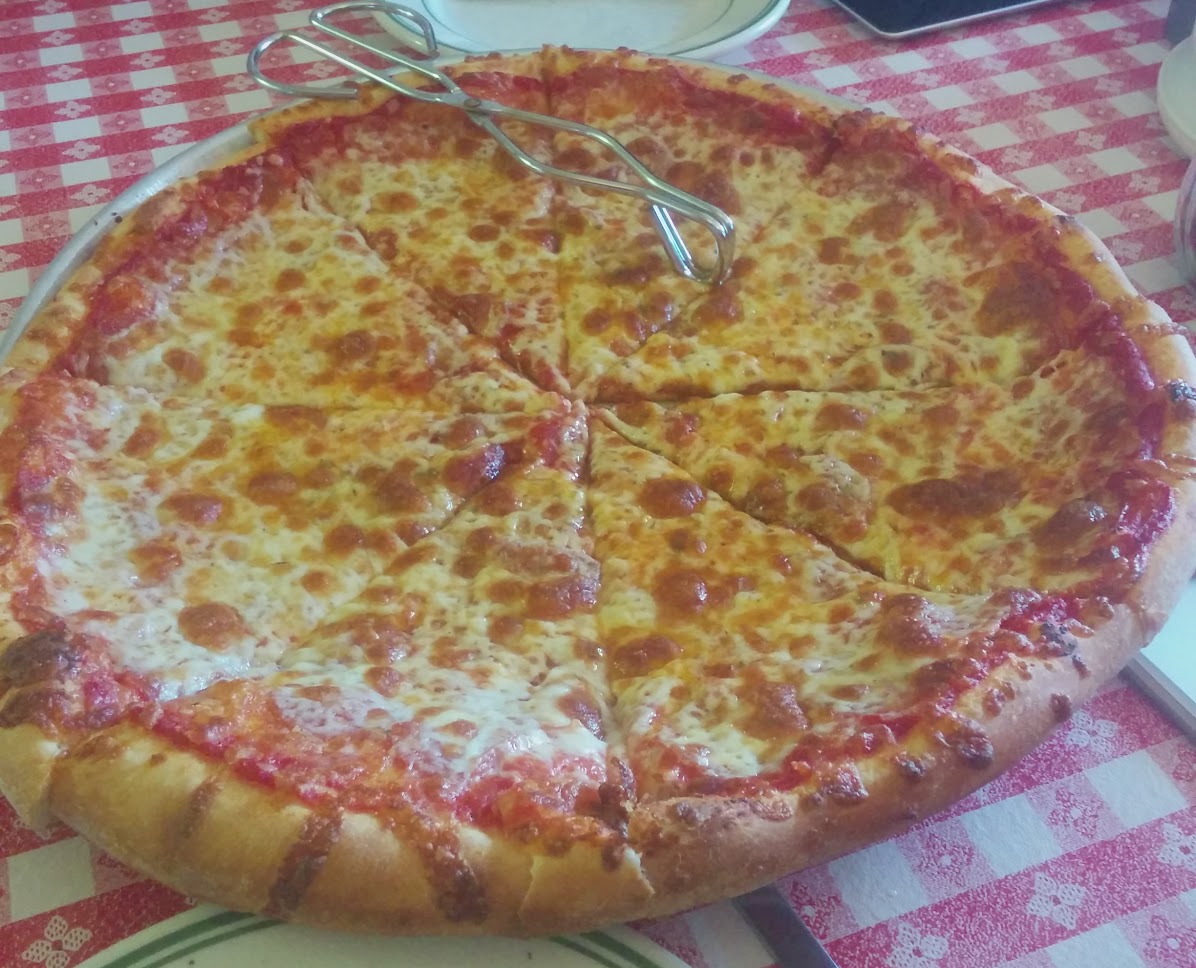 They brought out a couple of Pepperoni pizzas first. Tower of Pizza, unlike many places, puts the toppings under the cheese. It works for the pepperoni nicely. This pizza got high marks from me. Truth be told, I rarely meet a pizza I don’t like, but there are some that I really like. Tower of Pizza is one of those places. The crust is good. House-made dough, hand-flipped (you can see them flip the pizzas through the glass window in the back. It’s not cracker-thin, so while it’s crisp, it’s still chewy. You can take a slice of this pizza and fold it like a classic New York slice. 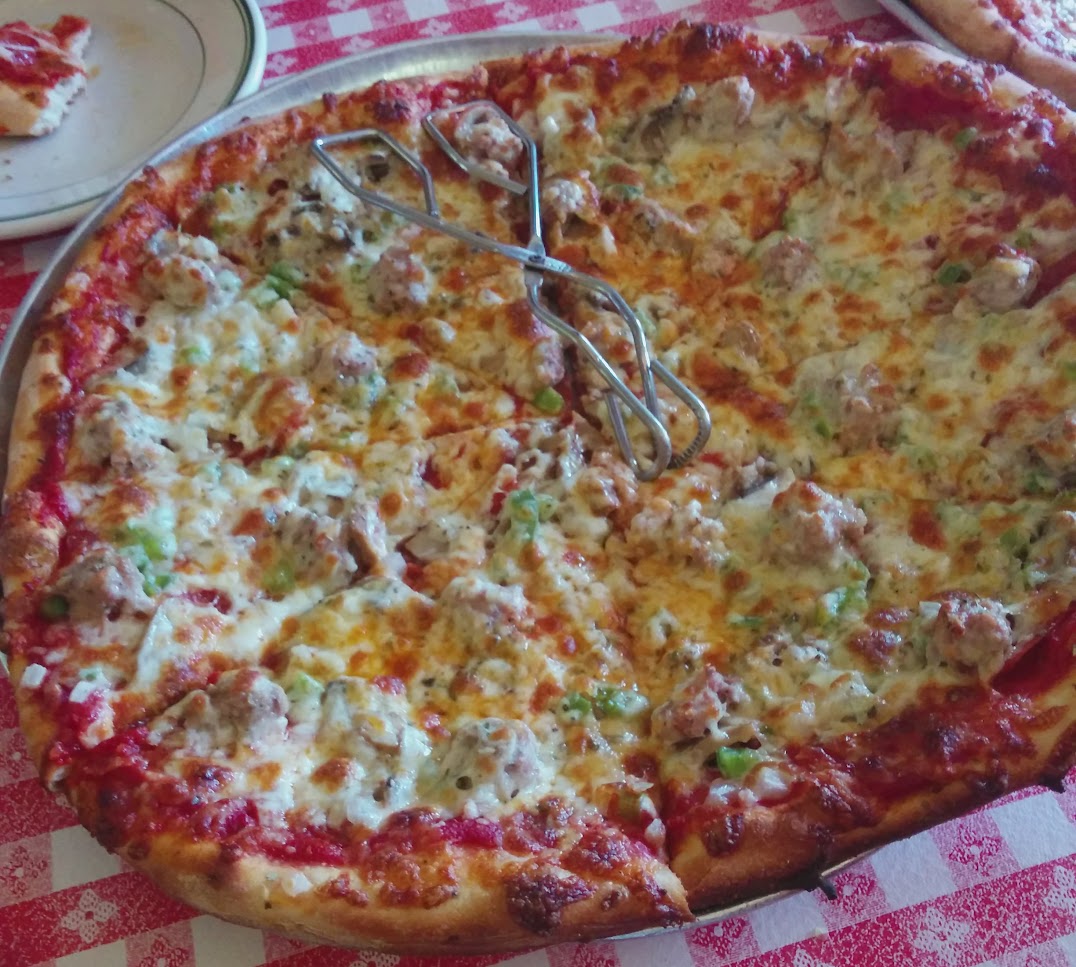 The second pizza (the contest format is they buy a couple of pepperoni pizzas, then let the place bring out a house specialty for the second) was the “Tower of Pizza Special” (top). While the toppings-under-the-cheese was awesome for the pepperoni, the onions, mushrooms, green pepper, and sausage of this pie were just not as impressive under the cheese. Still, it was a great pizza, mainly because of that crust.

Tower of Pizza is one of those places that I can’t get enough of. Ashley took great care of us during the afternoon! The high point of the day, even better than good pizza, is that I finally got to meet Judy Walker face-to-face! We’ve been Twitter friends for ever and ever, but we’d never met. I met Todd once, briefly at Peche last year, but this was more of a first-FTF meeting with him as well. I enjoy the food/cooking/recipe/dining coverage from Da Paper/NOLA.com, and Judy and Todd deliver awesome coverage.

It was also great to meet the social media staff for NOLA.com, as well as reporter Sue Strachan, and photographers Ted Jackson (here’s Ted’s photo coverage of the taste test) and Doug McCash. Fun afternoon!

You have Successfully Subscribed!